Not in front of the children! 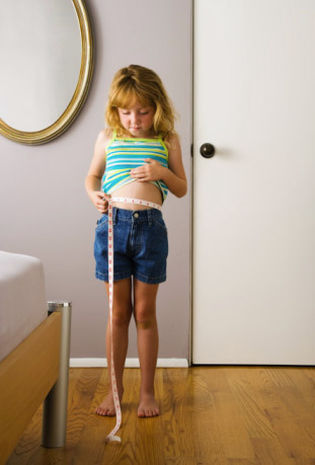 12 Apr Not in front of the children!

Posted at 14:04h in Blog by Madeleine Wood

Many girls agree their mother has the biggest influence on their own self-image and they have adopted their mothers’ views on food and dieting.

38% said their mother had the biggest influence on how they perceive themselves.
66% said they had heard their mum complaining about her own weight.
56% have mothers who are on a diet.
51% of the girls had dieted themselves.
78% said they worried about their own weight.

This seems to contradict the fact that 68% of the girls interviewed described their mothers’ body size as ‘perfectly normal’.

Children learn how to behave by watching their parents, so if a parent describes certain foods and being ‘good’ or ‘bad’, or describes their average figure as ‘fat’, then children will obviously learn to do the same.

Even comments said in humour can have a long lasting effect.  I have heard of Dad’s calling their daughters ‘a little piggy’ when she eats all her dinner, or remarking that a child was ‘chunky’ and needed to shift some kilos.

I recall a client in her 60’s crying as she remembered being told to lose weight by her mother ‘otherwise no man will ever find you attractive’. This remark had led to a lifetime of binge eating for this woman, and a belief that she could never be attractive because of her weight.  She didn’t believe that her husband genuinely loved her and said it ‘was only a matter of time before he found another woman’, despite the fact that they had been married for over 30 years.

When I see clients for eating disorders or obesity, we always explore their ‘script’.  These are the beliefs about food, dieting and body image which they learned as a child, and have carried through into adulthood.  It’s an important area to explore, as none of us were born with hatred of our own bodies or attitudes about right and wrong foods.  We learned that somewhere during the journey.  Sometimes we need to go back and reconsider if the things we have always believed are congruent with the person that we have now become.

More importantly do our current beliefs lead to us feeling good about ourselves?

If the thoughts we have about ourselves make us feel bad, then we must ask why we continue to punish ourselves in this way?

For many, the ‘solution’ is to punish themselves more by embarking on yet another diet that doesn’t address the psychological aspects of our eating behaviour.  This is not the answer and can sometimes lead to a serious and potentially life-threatening eating disorder.

If you would like help to change your eating behavior,  ACFED has a network of trained and approved practitioners across Australia and New Zealand. Click here to find an ACFED Practitioner…